The center of Washington is a mecca for tourists from all over the world. Internationally famous sites include the Capitol, Washington Monument, White House, Lincoln Memorial, the Smithsonian, and the greatest collection of museums in the world. Attractions outside the city include the Pentagon and Arlington National Cemetery. This is a city where sports are far behind politics and history, and the day tripper can be excused if he or she decides to spend several days here discovering the stories behind the founding of our nation.

“Smithsonian Institute: A Network of Famous Museums and Galleries”

“Natural History Museum in Washington, DC: “The Smithsonian, established in 1846 “for the increase and diffusion of knowledge,” is a group of museums and research centers administered by the United States government. Originally organized as the “United States National Museum,” that name ceased to exist as an administrative entity in 1967. Termed “the nation’s attic” for its eclectic holdings of 137 million items, the Institution’s Washington, D.C. nucleus of nineteen museums, nine research centers, and zoo—many of them historical or architectural landmarks—is the largest such complex in the world. Additional facilities are located in Arizona, Maryland, New York City, Virginia, Panama and elsewhere, and 168 other museums are Smithsonian affiliates. The Institution’s thirty million annual visitors are admitted without charge; funding comes from the Institution’s own endowment, private and corporate contributions, membership dues, government support, and retail, concession and licensing revenues!”

“Our first president, George Washington, selected the site for the White House in 1791. The cornerstone was laid in 1792 and a competition design submitted by Irish-born architect James Hoban was chosen. After eight years of construction, President John Adams and his wife, Abigail, moved into the unfinished house in 1800. From the War of 1812 up until the 20th century, the White House has been renovated several times to have new wings added and to have rooms and sections repurposed.
Every president since John Adams has occupied the White House, and the history of this building extends far beyond the construction of its walls. From the Ground Floor Corridor rooms, transformed from their early use as service areas, to the State Floor rooms, where countless leaders and dignitaries have been entertained, the White House is both the home of the President of the United States his family and a museum of American history. The White House is a place where history continues to unfold.”
“*[From www.whitehouse.gov]“Public tour requests must be submitted through one’s Member of Congress. These self-guided tours are available from 7:30 a.m. to 11:30 a.m. Tuesday through Thursday, 7:30 a.m. to 1:30 p.m. Fridays and Saturdays (excluding federal holidays or unless otherwise noted). Tour hours will be extended when possible based on the official White House schedule. Tours are scheduled on a first come, first served basis. Requests can be submitted up to six months in advance and no less than 21 days in advance. You are encouraged to submit your request as early as possible as a limited number of spaces are available. All White House tours are free of charge. (Please note that White House tours may be subject to last minute cancellation.)”

Aunt Elsie, as a successful member of the political world, can help you plan and book a tour at the White House for your own personalized visit!

New York is a very big city, with literally hundreds of different neighborhoods. Manhattan is home to Battery Park, the Financial District, Madison Square Gardens, Midtown, Broadway, Harlem, Central Park, Times Square, and many other famous areas. Each of these districts are worth visiting, and each can easily take a day, but for most day trippers, only a few days are available. Unlike most cities, which you can research upon arrival, you should do some planning before you reach New York – you don’t want to waste a minute here. Unique museums, quiet parks, incredible views, world-class restaurants – all are within a few minutes, no matter where you are.

“Times Square is a major commercial intersection and a neighborhood in Midtown Manhattan, New York City, at the junction of Broadway(now converted into a pedestrian plaza) and Seventh Avenue and stretching from West 42nd to West 47th Streets. Brightly adorned with billboards and advertisements, Times Square – iconified as “The Crossroads of the World”, “The Center of the Universe”, and the “The Great White Way” – is the hub of the Broadway Theater District, one of the world’s busiest pedestrian intersections,and a major center of the world’s entertainment industry. Times Square is one of the world’s most visited tourist attractions, hosting over 39 million visitors annually. Approximately 330,000 people pass through Times Square daily, many of whom are either tourists or people working in the area!”

“We’ve all seen the movies filmed in NYC showcasing the enchanting public skating rink with the snow gently falling on budding lovers as they twirl through the night, not to mention that enormous Christmas tree we all admire! But what more is there to see at Rockefeller Center? Show your group where those cinematic memories and more reside when you take them on the Rockefeller Center Tour. Investigate the grounds with your own expert historian to guide you, or listen in as you wish on your headset. Absorb 80 years of history beginning with John D. Rockefeller Jr.’s cultural dedication and drive that brought us this astounding landmark we just can’t ignore anymore.!”

“Central Park is an urban park in the New York City borough of Manhattan. It was initially opened in 1857, on 778 acres (315 ha) of city-owned land (it is 843 acres today). A visual masterpiece created by landscape designer Frederick Law Olmsted and architect Calvert Vaux in 1858, Central Park has gone through major developments and restoration over time to carry on its initial purpose as an open-air oasis for a metropolitan city. No matter the season or reason for your visit, this national historic landmark is a setting for enjoying many pursuits: bicycle riding, tours, strolling, rollerblading, ice-skating, picnicking,yoga, and much more.!”

Philadelphia is one of America’s most historical cities, as it is the birthplace of the United States. On July 4th, 1776, the Declaration of Independence was signed at the Pennsylvania State House (now known as Independence Hall). Philadelphia is primarily a tourist city, especially in the downtown area. You should make use of mass transit as much as possible the downtown roads are not in good shape and drivers are not patient with those who don’t know their way around. This is a place where walking is the best mode of transportation. Attractions are close by and the city has a great feel to it. You can sometimes imagine yourself living there 200 years ago.

“The primary mission of the United States Mint is to serve the American people by manufacturing and distributing circulating, precious metal and collectible coins and national medals, and providing security over assets entrusted to us.
The United States Mint was created by Congress in 1792 and became part of the Department of the Treasury in 1873. It is the Nation’s sole manufacturer of legal tender coinage and is responsible for producing circulating coinage for the Nation to conduct its trade and commerce. The United States Mint also produces numismatic products, including proof, uncirculated, and commemorative coins; Congressional Gold Medals; and silver and gold bullion coins. The United States Mint’s numismatic programs are self-sustaining and operate at no cost to the taxpayer!”

“There are plenty of other sites to see within Independence National Historical Park. Spanning over 55 acres on 20 city blocks within the historic district of the City of Philadelphia, the park preserves and interprets many of our country’s most important resources associated with the establishment of the United States of America. These sites include the First Bank and Second Banks of the United States, Congress Hall and Old City Hall. Additionally, the park tells the story of Philadelphia’s most famous citizen, Benjamin Franklin, in Franklin Court, where Franklin’s home once stood. Independence Hall and other prime sites boast to be one of the nation’s most popular historic sites!”

“Founded in honor of America’s first scientist, Benjamin Franklin, The Franklin Institute is one of the oldest and premier centers of science education and development in the country. Today, the Institute continues its dedication to public education and creating a passion for science by offering new and exciting access to science and technology in ways that would dazzle and delight its namesake!”

“The starting point of the Freedom Trail, Boston Common is the oldest park in the country. The park is almost 50 acres in size. Today, Boston Common is the anchor for the Emerald Necklace, a system of connected parks that winds through many of Boston’s neighborhoods. The “Common” has been used for many different purposes throughout its long history. Until 1830, cattle grazed the Common, and until 1817, public hangings took place here. British troops camped on Boston Common prior to the Revolution and left from here to face colonial resistance at Lexington and Concord in April, 1775. Celebrities, including Martin Luther King Jr., Pope John Paul II, and Gloria Steinem (advocate of the feminist revolution), have given speeches at the Common! “

“ Each year, over 8 million men, women and children visit Harvard Square. Visitors come for a variety of reasons; this is a place of history, of books, of ideas, and of learning. It is a place of bookstores and coffee houses, of fine dining and eclectic shopping. It is a place of folk music and old theaters, of Cuban ballet and world-class music, of street-performers and award-winning pizza, of public discourse, and public art. One of the main attractions is Harvard University, and in Harvard Square you will see notable professors, brilliant students and feel the rush of academia all about you. In addition to Harvard, the Square boasts students from other amazing schools in the Greater Boston area. Whatever brings you here, we welcome you and hope you enjoy your stay.!”

“Faneuil Hall, also called ‘Quincy Market’, has served as a marketplace and a meeting hall since 1742. Funding was provided by a wealthy merchant, Peter Faneuil, for the construction and local artisan to create the grasshopper weather vane that still perches on the building’s cupola. Inspirational speeches by Samuel Adams and other patriots were given at Faneuil Hall. These oratories became the footstool for America’s desire to obtain independence from the British.
Faneuil Hall was expanded in 1806 by Charles Bulfinch. When Boston became a city the use of Faneuil Hall as a government meeting place came to an end, but it was still regularly used. Today, the first floor is still used as a lively marketplace and the second floor is a meeting hall where many Boston City debates are held. The fourth floor is maintained by the Ancient and Honorable Artillery Company!” 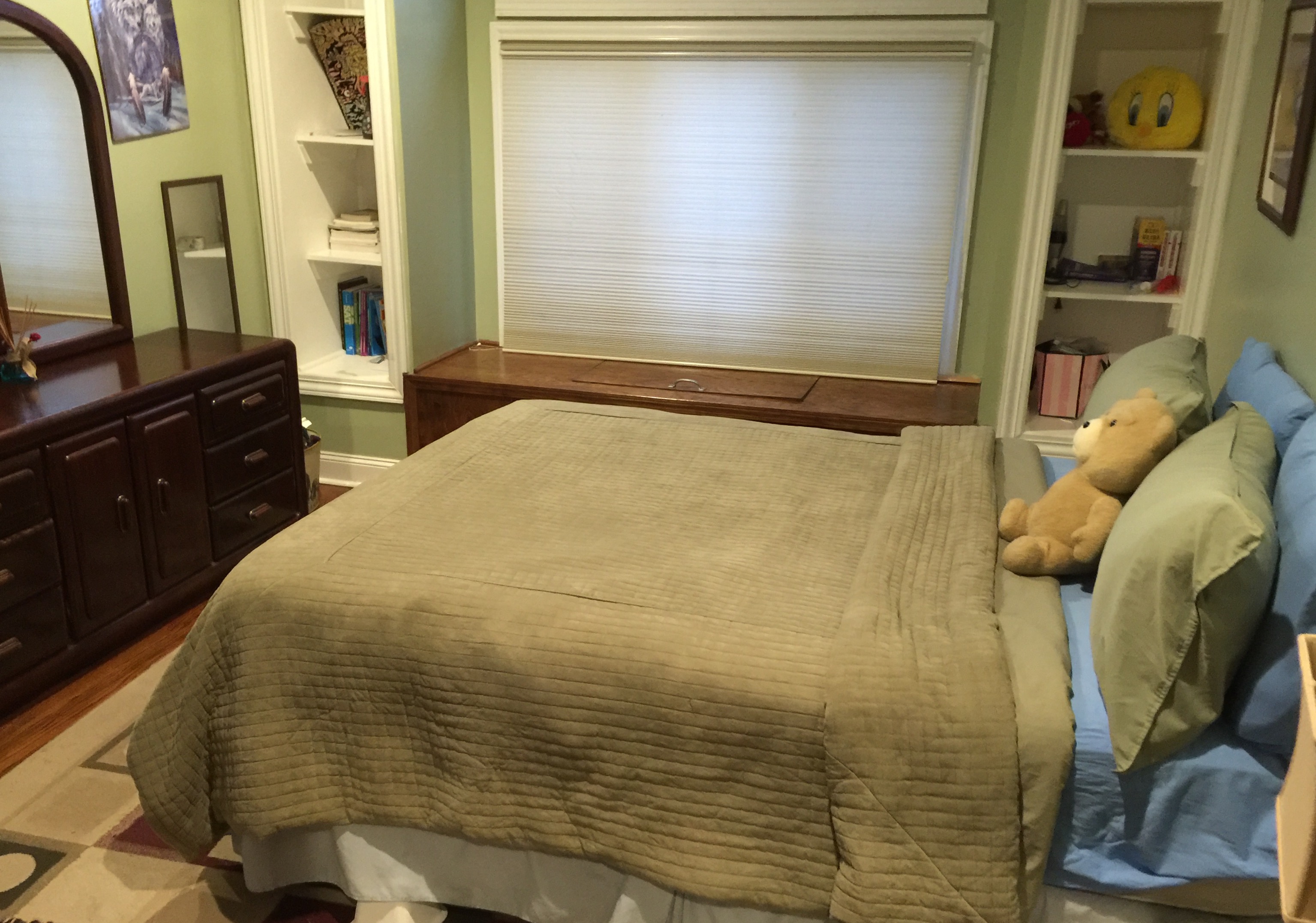 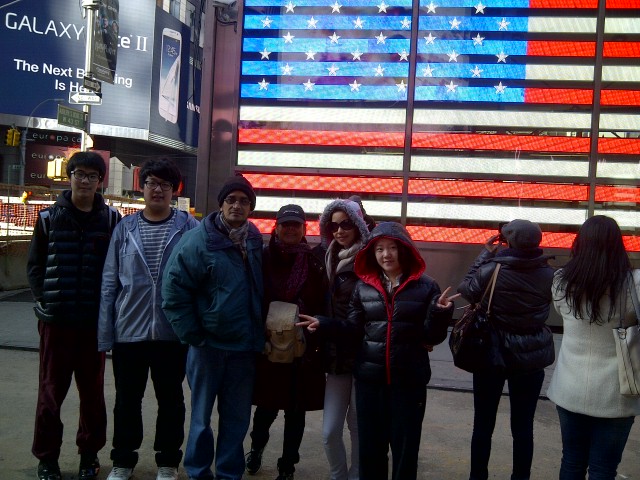